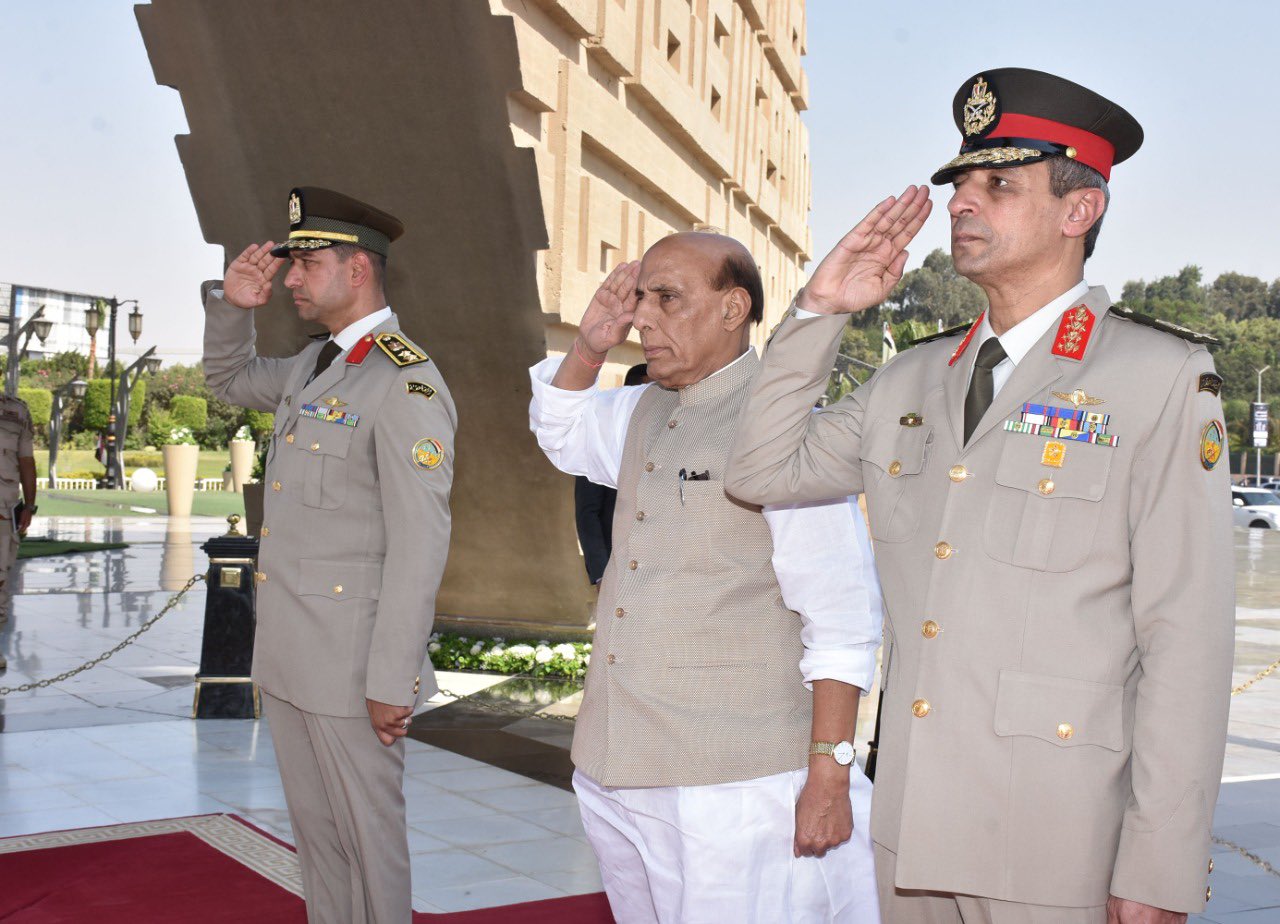 According to an official statement, the defense minister was visiting Egyptian President Abdel Fattah Al-Sisi in Cairo.
“Has the privilege of visiting Egyptian President HE Abdel Fattah Al-Sisi in Cairo today. India and Egypt continue to work to build mutual trust. It was reiterated that both countries are committed to expanding our multi-faceted cooperation,” the defense minister tweeted.
According to an official statement, both leaders agreed to further develop military cooperation and focus on joint training, defense co-production and maintenance of equipment, according to a Defense Ministry press release.
“The Raksha Mantri was warmly received by President El-Sisi, who pointed out that the bilateral relations between India and Egypt are well established through history. He expressed his appreciation that military cooperation between the countries has reached a new level and that the signing of the MoU on defense cooperation is a great success,” the statement said.

Rajnath Singh paid a three-day visit to Egypt starting Sunday to further expand defense cooperation between the two countries.
“Both leaders agreed to further develop military cooperation and focus on joint training, defense co-production and equipment maintenance. They stressed the need for co-production and discussed specific proposals on terrorism in this regard. President Sisi stressed that India and Egypt need to share expertise and best practices to counter the threat of terrorism,” the statement continued.
The defense minister also acknowledged that Egypt is among India’s top trading partners in Africa and that bilateral trade has increased significantly.
He noted with satisfaction the close cooperation in multilateral forums between India and Egypt. Rajnath Singh conveyed his best wishes for the successful hosting of COP27 in November 2022, according to the statement.
The year 2022 is of particular significance as it marks the 75th anniversary of diplomatic relations between India and Egypt.
With an existing Indian investment of USD 3.15 billion, Egypt is one of the largest investment destinations for India in the region. Indian companies continue to carry out several projects in Egypt.
In addition, to strengthen defense cooperation between the two countries, a team from the Indian Air Force arrived in Egypt on June 22 to participate in a bilateral Tactical Leadership Program with the Egyptian Air Force.
Egypt and India also maintain cordial defense relations. There was close cooperation between the air forces, with efforts to jointly develop a fighter aircraft in the 1960s. IAF pilots had also trained Egyptian pilots from the 1960s to 1984. In the recent past, since 2015, there have been several high-level visits by defense delegations. (ANI)