It’s an ordinary, lifeless school building like any other from the outside, but step into the corridors of the Pimpri-Chinchwad Municipal Corporation (PCMC) English Medium School at Bopkhel in Pune and see the art covering the walls and colorful steps and balloons hanging fly on The ceiling tells you that something special is happening here.

The school started in 2016 with a total enrollment of 70 students, mostly first-generation learners from low-income families.

The school, which enrolls 315 students from Junior KG to 6th grade, has been shortlisted by UK-based organization T4 in the Community Collaboration category first prizes of $2,50,000 for the best schools in the worldone of three chosen around the world.

Operated by the Akanksha Foundation through a public-private partnership model with PCMC and lauded for creating a cultural dynamic centered on strong relationships within the community, the municipal school is unique for its commitment to and empowers the parent community to progress to equal interest groups in the school. 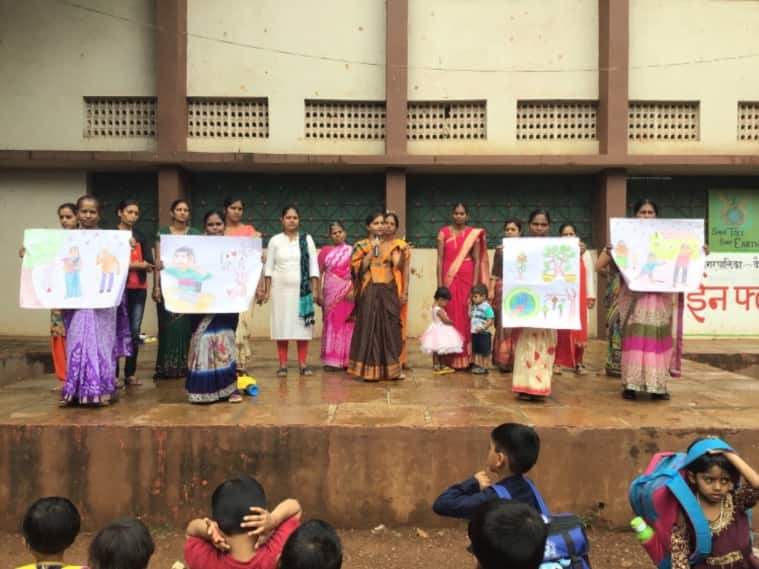 The school started in 2016 with a total enrollment of 70 students, mostly first-generation learners from low-income families.
(express photo)

At this school, the lessons are not only conducted for the students, but also for the parents.

“We have weekly classes for parents where we discuss what type of activities we are going to do over the coming week. We adopt a playful and experiential way of learning and teach parents how to help children use objects at home and connect them to learning,” said Sushma Pathare, Principal (Principal).

“Many parents here are illiterate or haven’t studied much, we encourage them to study on their own and then teach the children. These classes have not only given parents a sense of involvement, but also increased their own confidence,” she added. The community engagement doesn’t stop at the weekly classes. One of the distinctive factors of this school is an active School Management Committee (SMC) made up of several parent representatives who are then divided into sub-committees called the Sahyog Group.

“We designed a meal plan that takes into account the affordability and availability of food and the children’s nutritional needs. We have a nutrition subcommittee of parent volunteers whose job it is to review Tiffins, and if a child gets trash or isn’t following the plan, they advise that child’s parents,” Pathare said.

READ:  How To Boost Your Metabolism Over 50, According To Experts

“There is another exhibition sub-committee that regularly reviews what is on display in the school and in the classroom and changes it or has exhibitions on a regular basis. There is a subcommittee that controls attendance and looks after the parents of children who miss school. It has helped immensely in keeping absenteeism down,” she added. At this school, the lessons are not only conducted for the students, but also for the parents. (express photo)

Preeti Korde, one of the parents and a member of the SMC’s subcommittee on nutrition and health, said she “learned so much being part of this group”.

“When we were distributing iron tablets to the children or working during the Covid pandemic, we learned so much about healthcare. I think I’ve also developed a lot of leadership qualities. Although I was a pharmacist and have work experience, there are many who have not left home after being part of this group,” Korde said.

“They have developed a lot of self-confidence through this initiative. We also used to have some stalls in the schools where the women put up homemade products and some were encouraged to start their own business,” she added. 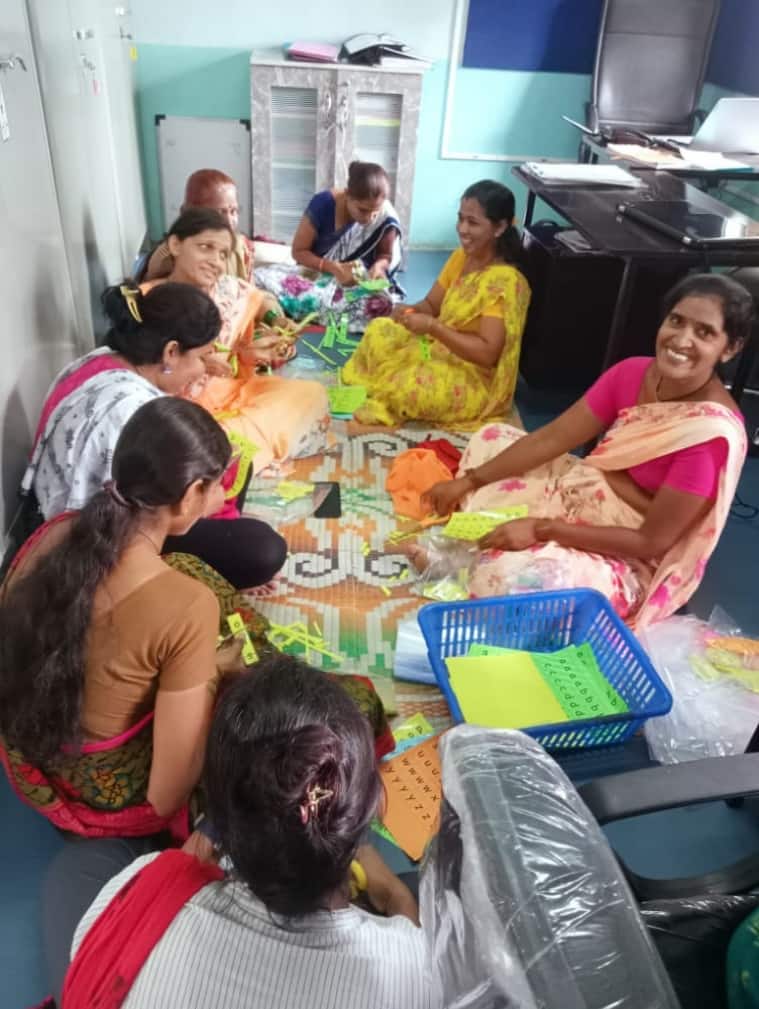 One of the distinctive factors of this school is an active School Management Committee (SMC) made up of several parent representatives who are then divided into sub-committees called the Sahyog Group. (express photo)

Another parent, Shubhangi Chavan, who has two children in 3rd and 6th grades, said the school helps transform the lives of whole families, not just the students.

“The school recognizes that the health and happiness of the family as a unit is essential to the development of the child. For many women here who are housewives, it has given them a purpose to connect with school and do something after completing the chores. The mothers have found camaraderie in the other mothers and in the school,” Chavan said.

“And it’s reflected in the success of the school’s initiatives — from child attendance or tiffins, vaccinations and health checks to developing innovative learning materials for the children, mothers work with teachers to make it all happen,” she added.