Brazilian chef Manoella “Manu” Buffara has re-prioritized and adapted her eponymous restaurant to improve the well-being of her team. The recently announced winner of Latin America’s Best Female Chef 2022 speaks about mental health, giving back to the community and her more vegetarian menu

“Restaurants are built on people, not workers,” says Manu Buffara, chef and owner of Manu in Curitiba and up-and-coming Ella in New York City. “We have to make sure they are healthy mentally, physically and financially.”

It’s an approach that easily integrates into an industry where long hours, harsh conditions and burnout are all too often the norm. But a few years ago, Buffara decided her life needed to change, prompting her to move out of town to improve her work-life balance and spend more time with her daughters, who are now seven and six years old are.

As soon as she recognized the problem, she realized that her team was also suffering and decided to implement changes for everyone. At the end of 2019, she halved the capacity of her flagship restaurant Manu, reduced the number of tables from 10 to five and reduced the restaurant’s opening days from five to four days a week. She introduced new team building initiatives, including weekly English classes and an annual outing day where they went rafting and trekking together.

“It was one of the best decisions I’ve ever made, not just for me and my private life, but also for the team and my own life,” says the 39-year-old, who now lives in a house with his own allotment garden and Beehives outside of the city in the southern Brazilian state of Paraná. “As a result, everyone now comes to work with more energy.” 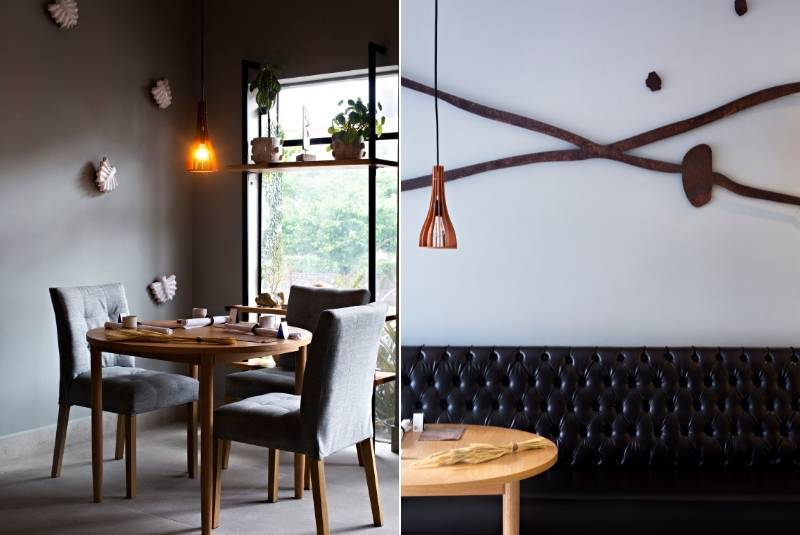 Prioritizing mental health and well-being in the workforce is an approach Buffara hopes to spread using the platform given to her as a 2022 winner of Latin America’s Best Female Chef Award. “When you win an award like this, you get the mic; You get a platform. Everything we receive from society, we have to give back,” she says.

Giving back to the community is something the chef has done through her various projects throughout her career. For the past decade, she has focused on building urban gardens in Curitiba, installing beehives, and transforming abandoned parts of the city into areas where communities can feed themselves while empowering people to reduce food waste.

Until the pandemic, her projects were carried out ad hoc, but in 2020 she founded the Instituto Manu Buffara to better organize her social initiatives and raise more funds. The institute now acts as an umbrella for four different projects, including Mulheres do Bem [Good Women]a network of chefs, journalists and food producers dedicated to preparing healthy meals for the city’s homeless, and Alimenta Curitiba [Feed Curitiba]an annual event that distributes food and helps with education and social inclusion in disadvantaged areas of the city.

Buffara also opposes children’s menus, believing that children should be offered adult fare rather than being automatically given pasta, pizza and fries. “It’s an initiative that tries to change children’s taste buds because parents often restrict what their children eat [by not offering them wider options],” she says. “My daughters eat everything: They try things, and they have to try things because we have to give kids that freedom.”

Along with her personal enlightenment came a subtle but important shift in her cooking, with Manu’s menu moving further towards more plant-based and bolder, “mature” approaches. While the restaurant hasn’t served beef for many years and has focused primarily on local vegetables, seafood and lamb from her family’s farm since it opened in 2011, the Metamorfose tasting menu now ends with a carrot dish that she says helps educate the community Guests contributes that “you don’t necessarily have to end [the savoury part of] a meal with meat.”

“I’ve changed a lot in the past few years,” she adds. “I grew as a woman, as a mother, and spent time cooking at home [during lockdown]. The Metamorfose menu is part of the transformation I’ve been through.” The tasting menu also includes dishes like leeks with peanut and vegetable sauce and fermented heart of palm with amberjack and dill oil.

The shift to vegetable-based dishes was aided by her residency at luxury resort Soneva in the Maldives, where Buffara cooked for two weeks in 2021 and where her pop-up restaurant Fresh in the Garden will operate from November 2022 to November 2023. The menu of the year-long residency will be 30% vegan, 30% vegetarian, and the rest seafood, which has allowed her team to develop nut-based cheeses and other plant-based alternatives. Part of her team will relocate to the Maldives to cook using ingredients from neighboring Sri Lanka, India and other Asian countries. 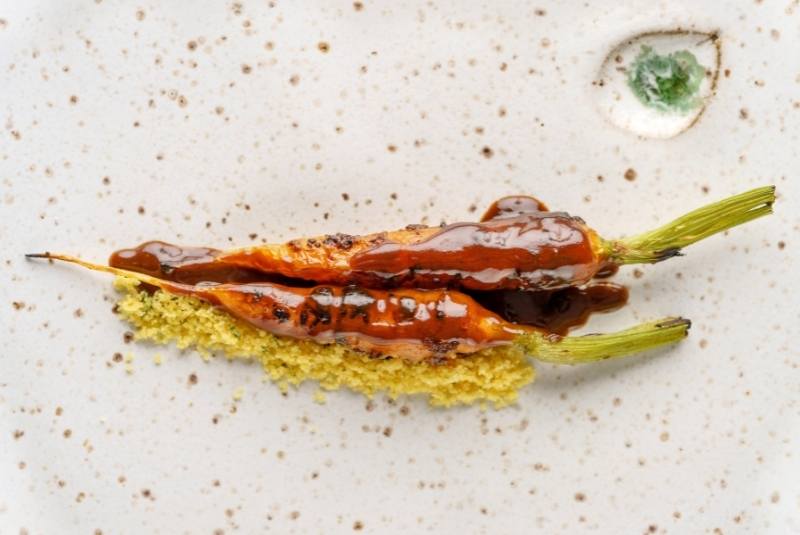 There have also been changes in plans for Ella, the restaurant in New York’s Meatpacking District that Buffara was originally scheduled to open in 2020 and is now slated to open in June 2023. In accordance with the changes in Manu, Ella will now accommodate 50 people instead of the planned 70 and will be closed on Mondays to give employees free time. Meanwhile, the menu has evolved from what was originally planned, with umami-packed dishes like salt fish with mushroom sauce and Jerusalem artichoke chips blended with North American ingredients and Brazilian flavors. “The menu has changed quite a bit; it’s much more mature now,” she says. “I will not decorate everything with flowers; Each dish has few ingredients and lots of flavor.”

Next May, just before her 40th birthday, Buffara will be relocating to New York for four to five months to open Ella. The timing was carefully planned with her husband so her daughters don’t have to drop out of school and can stay with her for some time, which is non-negotiable in Buffara’s new approach to work-life balance. Though it takes “a lot of work,” she believes it’s possible to combine family life and community endeavors with her restaurant career without compromising on it.

As advice to fellow chefs and restaurateurs, she says, “Treat your staff as people, not chefs. The more you develop them as people, the more you will get out of them professionally.” Buffara is living proof of that.

The upcoming edition of Latin America’s 50 Best Restaurants, sponsored by S.Pellegrino & Acqua Panna, will be announced on Tuesday, November 15, 2022. To be the first to hear about the latest news and announcements, browse the site, follow us on Instagram, find us on Facebook, visit us at Twitter and subscribe to our YouTube channel.

How to help schools so we don’t fail kids

How to help schools so we don’t fail kids

The most immediate public health action we can take is to ensure that schools are committed to and supported in building the social, emotional, character and civic skills of all…

Emotional exercises to better your mental health and combat anxiety