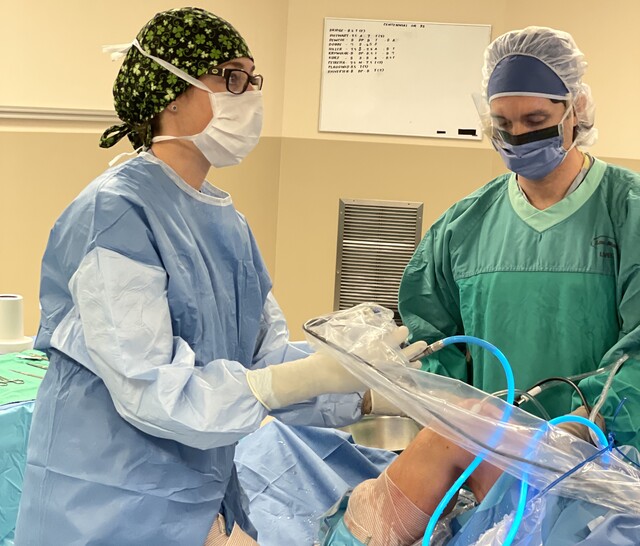 Healthcare professionals have signed a letter to BC Health Secretary Adrian Dix calling for attention to be drawn to the crisis in specialty healthcare.

When the letter was published on Wednesday, 26 doctors signed it, a number that has since risen to more than 130.

“I think that number will just keep growing as we get the letter out.”

“I think everyone is feeling the stress of the healthcare system right now. As for me right now between cases I have two more to come and I don’t even know if I’ll get the last one because we don’t. I don’t have a cleaning lady.”

dr Dielwart says the lack of a cleaner to clean the rooms is an example of the little things that affect the system, “so those are the things that we struggle with all day, every day, from maintenance to simply not enough doctors around the general practitioner crisis. We struggle every day in our healthcare system and it’s time people pay attention.”

The letter states that an estimated one million patients are waiting to see a specialist in BC and requests a meeting to discuss the issues and possible solutions.

“In some disciplines there will simply be too few people. In other areas it could be that it is too remote and a specialist cannot get out there. There are so many different problems. I can’t expect the Minister of Health to know how to fix them all,” said Dr. Dielwart.

“But listen to us, listen to the people doing the work, let’s have a conversation, talk about what these issues are and how best we can tackle them together.”

There was no reply from Dix ​​as of Thursday, but this is not the first letter Dr. Dielwart sends. She wrote a similar letter about her field in the spring.

“No Answer. I had sent a letter specifically on orthopedics in March and there was no meeting. So that’s really why we took this to the next level.”

dr Dielwart says the doctors who signed the letter say their primary concern is patient safety.

An excerpt from the letter states: “Long operating room wait times are most well known, but the waiting time crisis extends across the breadth of specialist care.” Here are some of the myriad examples:

dr Dielwart hopes that this step will attract the minister’s attention.

“First of all, an acknowledgment from the Minister of Health would be to say: ‘Yes, the health system is crumbling.’ Every time we sound the alarm, it really does seem like all the good things are being very much defended. And of course there are good things that have happened. But you also have to admit where we are struggling. Without really acknowledging that the healthcare system is in crisis, how do you change that?”

“But the problem is so profound. You can’t throw a bunch of money at a broken system. That’s how I really feel, I feel like you actually need to work together to say how can we actually change that?”

dr Dielwart says these problems didn’t start with COVID-19 and the solutions will take time and effort from health professionals and politicians.

“We’ve struggled with this in Canada for many, many, many, many years. If you look at the estimated one million people on a waiting list to see specialists, all of those numbers are people waiting for answers. These are people and we need to start paying attention to them.”