Last month, the Adelaide veteran was among 45 to receive Group Commendations from the Chief of Army.

Recruits of the 15/88 Amiens Platoon were awarded the Level 3 Group Commendation for putting themselves in danger to help comrades injured by the detonation of an unexploded shell at the Singleton military area in New South Wales in February 1989 had been.

It was a moving ceremony for Harvey, who spent two years in rehabilitation following the blast. He suffered spinal, nerve and lung damage, and shrapnel is still embedded in his body.

“It changed all of our lives in that split second,” says Harvey from the shore of the Royal Squadron Yacht Club.

“One of the soldiers kicked a live grenade and we were blown up. It’s been a long and hard recovery, affecting a lot of people.”

Harvey is in Outer Harbor talking about how sailing has helped his recovery and the group of saltwater veterans he has joined to support other service members who are struggling with the long-term effects of their defense service.

He talks about the trauma of the grenade blast, the ongoing pain, the arthritis, not being able to undergo a medical exam because of the shrapnel in his body, and the baggage many other veterans carry.

“The veterans are quite complex, they may have physical or psychological trauma or have trouble reintegrating after leaving the Defense Forces,” says Harvey.

Sailing helped his healing and now he is determined to help others take advantage of the same opportunity.

“When you’re on a boat with a team, especially a smaller boat, conversations ensue and it’s quite private, they might need help or advice: whatever is discussed, stay on the boat.”

The former experimental test pilot and commanding officer of the RAAF Aircraft Research and Development Unit in Edinburgh had learned of significant Israeli research showing that sailing can help veterans with post-traumatic stress disorder.

Since then, numerous groups have progressed through the course and then merged with the Saltwater Veterans group, which now meets regularly in Outer Harbor.

Nick Grant is among them. He served 10 years in the Navy and after later relocating to Adelaide from Western Australia tried to reconnect with other veterans. 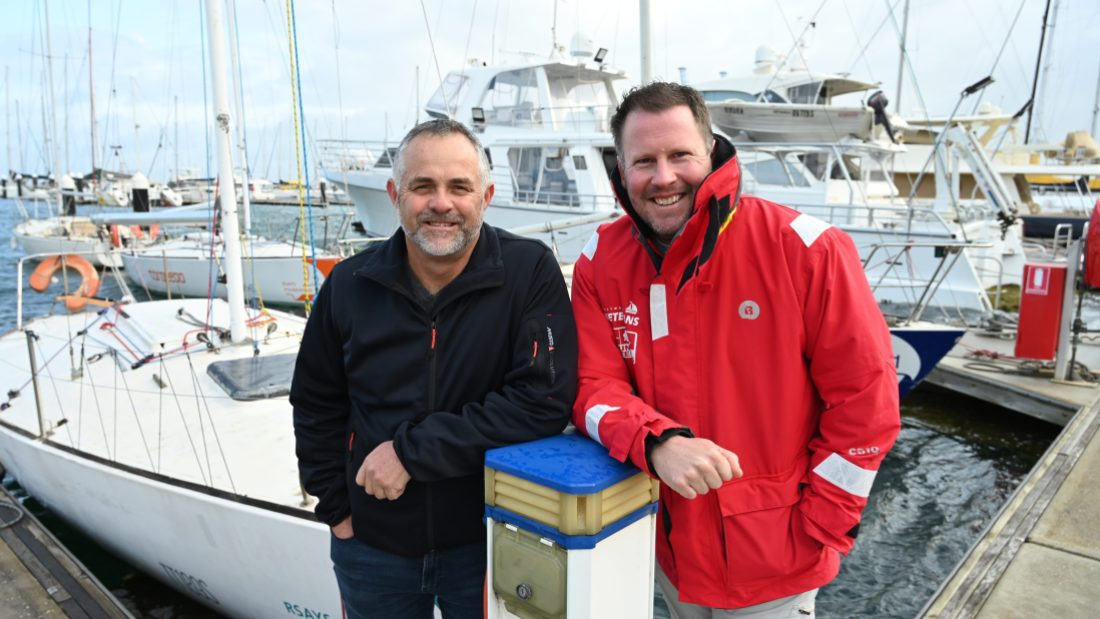 He helped found the Saltwater Veterans and gave those who completed the first sailing course the opportunity to continue sailing on a regular basis and to meet with other veterans’ families.

Recently soldiers from 7RAR from Edinburgh joined the Saltwater crew to sail. The 7RAR captain wanted to find a way to support their mental health after returning from helping flooded communities in Queensland and New South Wales.

“Some of our attendees are carrying a lot of baggage from the service, some have PTSD, anxiety disorders, depression, you can see it in their eyes, some are grateful to be able to get out of the hustle and bustle of staying in their rooms,” Grant says.

“On the personal side when I actually sail on the water I’m drawn to the calmness of sailing, I always get a thrill when the engine cuts out for the first time and we’re still sailing across the water, there’s a certain Certainly some kind of magic there.”

Harvey and his wife Christine have developed a deep connection to sailing after first learning the basics to fulfill their dream of exploring the Whitsundays and New Caledonia ‘with sunsets and pina coladas’.

They now have their own yacht which they share with the Saltwater veterans. Harvey is a qualified instructor and the two have traveled around the Whitsundays three times.

“I noticed that it brings peace,” he says.

“Being on the ocean, sailing, had a depth I didn’t know I would discover – the teamwork, taking responsibility for being in the moment was very special to me,” he says.

Media pluralism is under threat in Australia – nowhere more so than in South Australia. The state needs more than one voice to move it forward, and you can help with a donation of any size to InDaily. Your input directly helps our journalists uncover the facts. Please click below to help InDaily continue uncovering the facts.