A recent study found that no matter how many friends you make in your lifetime, there are, on average, only 4 friends left when you retire. These are the friends you trust, who consider their suggestions when making a decision, and the ones who scold you. According to a recent survey in the USA, one in five people over the age of 55 feels lonely, struggles with a lack of friends and is constantly looking for people to talk to.

This survey was conducted among 2,000 people over the age of 55 in the United States and conducted by One Pole on behalf of Lifetime. It has also been found that as people age, their social circle gets smaller. 77% of those surveyed accepted that their social environment had drastically reduced. 48% of them said they stopped making new friends and in the last two years they couldn’t even make three new friends.

Rainey Mann, Lifetime’s senior vice president, said that not only do yoga and dance classes keep people in this age group fit, but places like this help them make new friends. She adds that regardless of age, having friends is important because they rejuvenate your life, and as your age increases, they don’t make you grow old. 83% of seniors who took the survey believe it’s never too late in life to start forming better relationships, and they love spending time with their friends and family members during this phase of life.

40% of seniors believe this is the best time in life for long tours. On the other hand, 39% of them would like to focus more on their health. After retirement, half of people want to spend time with other retirees. 64% of people believe they could stay more active and live a better life if they had friends. In fact, many people have made new friends to keep fit and made plans to walk, play, and travel with them. 6 out of 10 people in this age group try to stay as active as possible, for which they not only walk and run, but also go to gyms.

86% of seniors believe that paying attention to diet in addition to exercise is important for a better life during this phase. Many have reduced the amount of food they eat in their diets and instead increased their water intake. In fact, they don’t just want to watch their grandchildren play, they want to play with them, relive their childhood and be a child again.

It’s not that people over 55 don’t want to make friends. 70% of respondents said they want to make new friends, but are still looking for people with similar interests and personalities. They want their new friends to be better communicators who talk more and it would be better if they are from the same profession and even if they are not their life experiences should be similar to make it easier for them to get along with each other to talk and relate. 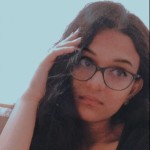